Compassion may sound like a very grand idea, but at its base it is simply human kindness.  Kindness is the beating heart of humanity, the warmth that keeps us alive, that inspires our smile. It is the care that causes us to snuggle into our coat when the icy wind blows.  Kindness need not be “for” anyone.  It is simply what flows out of our beings because we are alive and we want to be alive.  Not everyone always acts kindly towards themselves or others of course, not terrorists, not politicians, not you and me, not children.  But kindness exists, flowing out, even as it is captured and distorted by lack of trust.  We yearn, even through all our shields, everything that separates us, to connect as human beings, to understand each other as human beings, which is to know each other’s kindness, and our own.

Society has the ability to empower this natural expression, this ordinary kindness.  We can create constellations of humanity that form the shapes of trust, warmth and attention.  Practicing the rituals of everyday life in this way, we can unleash this kindness in ourselves and each other.  This brings a sense of grace, gentleness and joy that is so ordinary we may not even notice it.  We just let the bottle of ourselves spill out. We feel natural, because we are more connected. Connection makes the fabric of culture, kindness weaves it tight, and ritual is the loom.

The other day I had the great opportunity to present the practice of compassion to my students in middle school and high school.  We discussed the daring it takes to open the door to others, to just bring other people into our awareness.  Beginning with a sense of trust in our beings, we brought to mind other people and animals that we care about and extended a sense of love and well being to them.  Then we thought of someone who is suffering– from illness, injury, depression, loss, or just a bad mood– and we extended relief and joy to them.  We discussed how common it is for people to avoid thinking of people in suffering–how it’s often seen as depressing or morbid.  Turning it around we imagined being in a state of suffering ourselves and how we would feel if the people in our life said, “I don’t want to think about that- it’s depressing.”  It was a good session.  The students responded well and the atmosphere we created held the process so that there was engagement and respect.

The skills of the heart, kindness and compassion, are feelings, so can’t exactly be taught, but they can be suggested and hinted at.  As feelings, they are ephemeral, and can seem weak and naive. If they are to become active principals in shaping our culture, they need to be empowered.

Here is a story about that.  Padmasambhava is known as the great tantric master who established Buddhism in Tibet.  According to the story, the Tibetan King, Trisong Detsen first invited a wonderful teacher named Shantarakshita from India to establish the spiritual doctrine.  Tibet in those days was a wild place, full of fierce people, shamanic traditions, and feral spirits.  Shantarakshita, a wise and benevolent monk, supported by the King, established a monastery and taught the wisdom of Buddha, emphasizing kindness and compassion.  However, the native forces thwarted his efforts, destroying the monastery each time it was built.

Shantarakshita was no slouch. He knew his stuff and is renowned as one of the greatest masters of the tradition. But by himself, even with his extraordinary training and knowledge, he was unable to tame the negative energies he was up against.

Shantarakshita acknowledged that he needed help.  He advised the king to invite the great master, Padmasambhava to come from India.  He knew that Padmasambhava had a quality that had been missing, the element of power.  Padmasambhava wasn’t just a teacher, he was like a force of nature.  He didn’t align himself with any side. He wasn’t even “kind,” he was just real. With great wisdom and magical power he tamed the demonic forces of Tibet and enlisted them into the service of protecting and upholding the teachings.  He didn’t merely introduce an alternative possibility into Tibet, he transformed the culture itself so that it could truly embrace and express the principals of compassion.

How can we bring power to our principals, so that they can be known, trusted, and alive, even when we are surrounded by the demonic momentum of prejudice and materialism in our culture?  How do we not only teach, but transform? 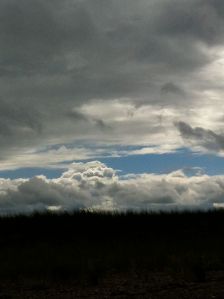 In order to work with discipline in relation to our students, it is a given that we need a foundation of discipline within ourselves.  This doesn’t mean we are always willing to endure the most pain, and push ourselves even harder than we push others.  It also does not mean we only care for others, and hold ourselves with such low regard that we can be eternally sacrificed.  It means we enjoy an inner sense of spacious goodness and health from which we operate.

Our practice of discipline has to do with gently returning to well-being.  If we feel that the jungle of coarse thoughts and habits in our being is too thick to change we may not want to even begin.  This little trick of shame gives us the impression that winter can never become spring.  A little leap of faith is necessary.  We need to work with ourselves where we are, connecting with a fresh moment of appreciation, and letting it go.  We don’t have to analyze or check to see if we are building ourselves up.  Like e.e. cummings’ writes,

an inch of air there…

With these tiny moments of worthiness we begin a transformation.  It begins with a seed of trust in our own being and becomes an entire environment that includes others. 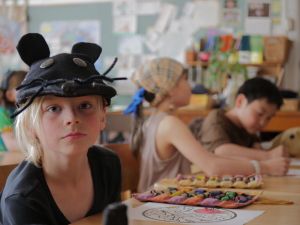 When we’re mired in our thoughts, revolving around self-doubt, competition, or project mentality, we don’t actually see others, though we may interact with them. Really seeing others takes turning our fixation inside out.  Considering another person and how they may feel in the context of what’s going on, we open up.  Suddenly we notice the way they’re sitting. We’ve been determined to communicate our thoughts, but suddenly we see that our tone of voice is berating.  We’ve been annoyed by their bouncy distraction, but suddenly we realize that it’s been raining for a week and today it’s sunny–they feel energized.  With a slight shift we become inquisitive.  We acknowledge that other people’s experience arises in context.  It’s made up of many ingredients and elements, many of which are invisible to us.  In addition to whatever is happening in the slice of time they are encountering us in, they are also living the whole vastness of their lives.

Project mentality is when we either don’t remember that, or when we don’t care about it because we have things to get done.  This is not to say we should always set aside our projects and just have endless process groups.  We do have things to get done, and we may decide to push ahead, even on the sunny day.  What is important is that we release our fixation and jump into the lake of others.  This inner shift may or may not change our plans, but it will dramatically change the feeling in the way we carry them out. 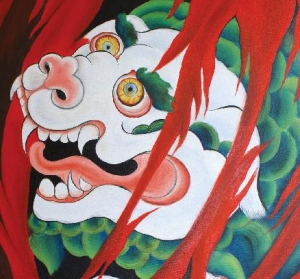 The path of the Lion is connected with discipline and joy.  Do the words “discipline and joy” go together for you?  Here, discipline is not about rules and their enforcement.  The outer level of form, rules, protocols, manners, and rituals is important to attend to carefully.  But those forms should be a support and reflection of a more inner feeling, the culture we wish to develop.  Whether a school practices a precise, martial level of outer discipline or a reactionary freedom from rules of any kind, it’s the teacher who holds the feeling and intention of those forms within.  If that feeling is a lack of trust in herself or her students, the outer expression becomes controlling and harsh.  Before long the teacher is exhausted and burnt out.

Lacking trust in ourselves as teachers begins as a natural and inevitable feeling of shakiness and tenderness. Part of us fears that we’re frauds, that we don’t have anything of value to offer, that we will be boring or even despised, and that we don’t know how to handle the living dynamics of the classroom with skill.  If we solidify those fears we’ll try to use the outer discipline of the classroom as a shield.

Lacking trust in our students is not seeing their basic goodness and intelligence.  If we see our students as worthless, and education as a means of turning them into something worthy, we’ll try to use the outer discipline as a whip.

Because these doubts arise for all of us as a natural aspect of working with others, discipline needs to be an inner practice for the teacher.  This does not mean dividing ourselves in two, with one side watching, pushing, scolding and correcting the other.  It means trusting that given the right conditions, seeds will grow into beautiful plants and flowers.  Brilliant expressions of creativity, love, and intelligence are in our nature.  Our culture of learning and discipline can be like a trellis supporting their growth.

This practice is well summed up in the Shambhala slogan, “Take delight in others and propagate dignity.”  Delighting in others, even though they may behave poorly, be disrespectful or disinterested, depends on our ability to see them in the light of trust and care.  To begin with, we have to notice that others are there.  The discipline is to see past our self-preoccupation, our lesson plans, what we think is going on, and suddenly, actually see.  It’s a joy to do so, like a lion licking our face.